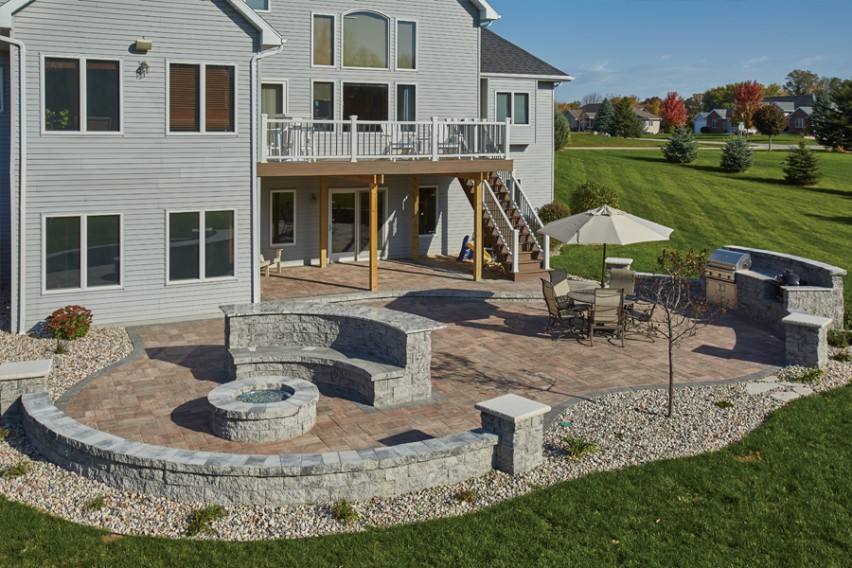 Hosting large gatherings means lots of food. Tribute block was used to construct a cooking area including a spacious counter top with a set in grill and smoking egg. Stretching out from the grilling station are two seat walls with pillars on each end, mirroring the large seat wall on the patio’s opposite end.

The patio’s focal point is a gas fireplace tightly wrapped with the decorative Tribute Retaining Wall System. A large seat wall warps around the outside edge accommodating large groups. On the fireplace’s opposite side is a seat wall with a raised back, which doubles as an open bar top overlooking the fire.

Tranquility Pavers in Serenity bring this project together. Their warm color and surface texture are an inviting touch to this outdoor patio. Tranquility Pavers are delivered on the pallet with each layer already having all five sizes for simple installation. The random pattern created with their multiple sizes creates an organic feel throughout a project. An 8x8 Elements Paving Stone unit in Reflection borders the project.

The project was completed in July 2016, just in time to host its first of many 4th of July party. 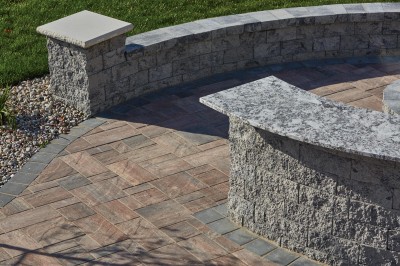 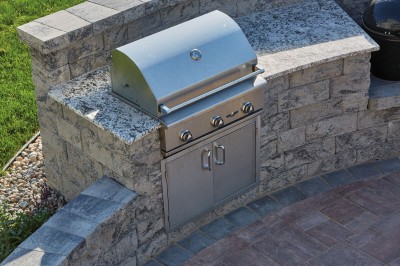 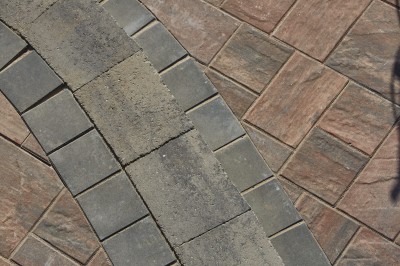 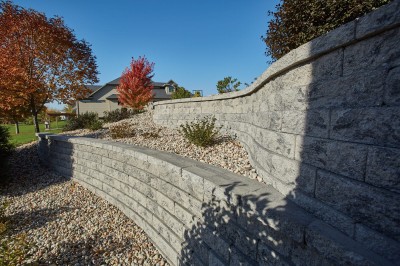 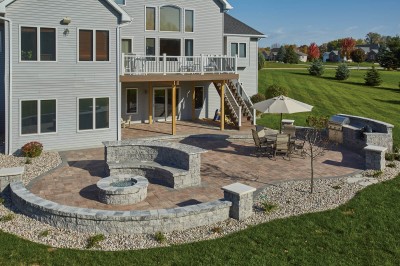 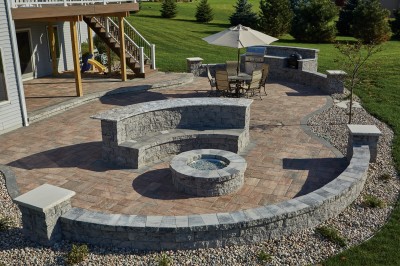 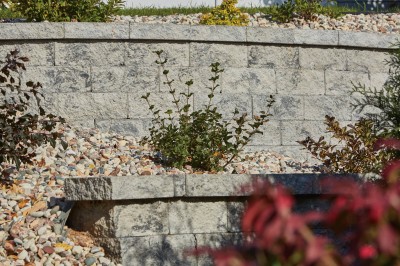 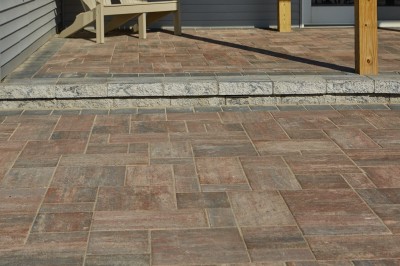