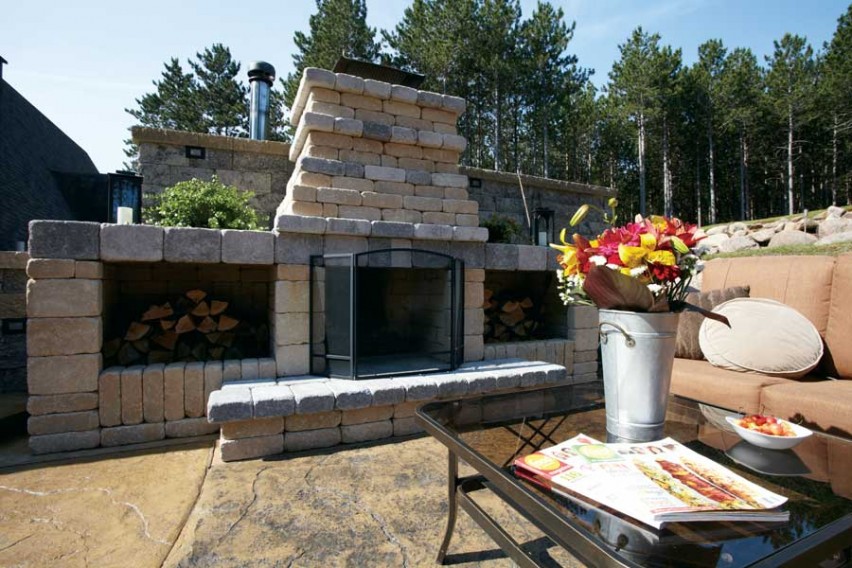 Most concrete projects are created in the designer’s mind and fleshed out in detail on paper before any construction begins. This one began with the owner’s idea, which he and the mason began to execute intuitively in a hands-on manner with very little advance planning. The result is a design that both met the owner’s intended goals and surpassed his expectations.

Designing on the fly

The original objective was to build a tri-level patio in the space between the house and the machine shop. It turned out that one of the levels would have been too small to be practical, so the upper two levels were combined into one for more usable space.

The design developed organically as the mason worked with the physical environment of the space. The patio was extended further to the north than originally intended, and a retaining wall added in the northeast corner to make better use of the space and avoid the trip hazard that a step down might have caused. The spontaneous decision to add an outdoor fireplace also resulted in an expansion of the lower patio level.

The lower patio took on a flowing, organic shape in response to the contour of the site. The curving edges lend the project a natural look, which fits in well with the existing rock retaining wall and the wooded setting. While the fireplace and upper patio feature primarily straight lines, the curved steps down and the contrasting-colored, 25 ft. straight path from the upper level across to the other end of the lower level help to unify the two areas. The path was originally intended to be curved, but in addition to balancing the design, keeping it straight resulted in a more logical division of the patio, allowing ample room for patio furniture on either side.

The mason chose a decorative slate stamp that extends the natural appearance to the concrete’s surface. It also complements the rock retaining wall. The stamp was chosen for aesthetic reasons, but it also offered a side benefit of time savings. Because it was a random pattern, no lines had to be matched up. This saved about two hours on the job. This was important because while the project was begun in August, 2013, by the time the last pours were finished it was October and pushing into cold weather. The project took about six weeks to complete.

The colors were chosen carefully to complement the home and the other hardscape elements of the project. Once the block for the pillars and retaining walls was chosen, a brownish tan integral color was chosen for the slab. A charcoal gray powder release augmented with randomly scattered handfuls of buff-colored release resulted in a beautifully marbled surface. The charcoal gray color coordinates well with the block, and also picks up the blue of the house. The contrasting pathway was done in the buff colored release only, scrubbed lightly with mild detergent and a wide, soft brush. A glossy, bright cure sealer was applied to hold the color and provide a surface sheen.

Because the patio sits tightly between the home and the existing retaining wall, space was limited on the site. The contractor had to work carefully to avoid damaging already installed portions of the project. At times he had to truck materials in manually where vehicle access was impossible.

A total of 27 yards of 4000 PSI, air entrained, normal and stamped ready mix was used to pour this 1,500 sq. ft. project. The homeowner reports being very pleased with the installation. 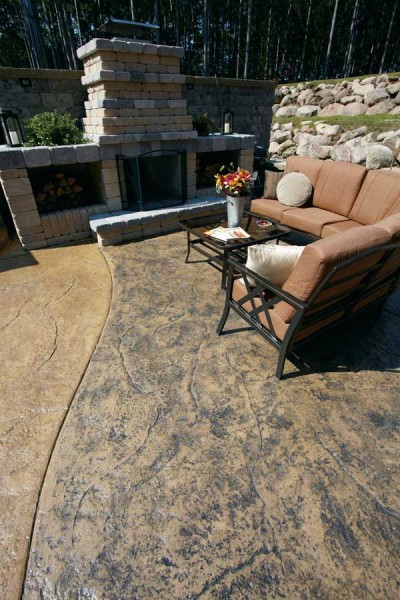 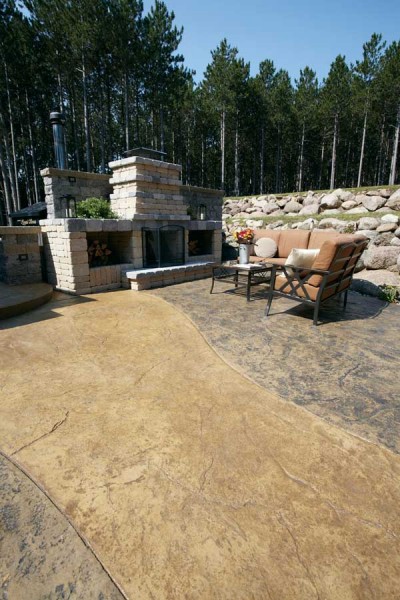 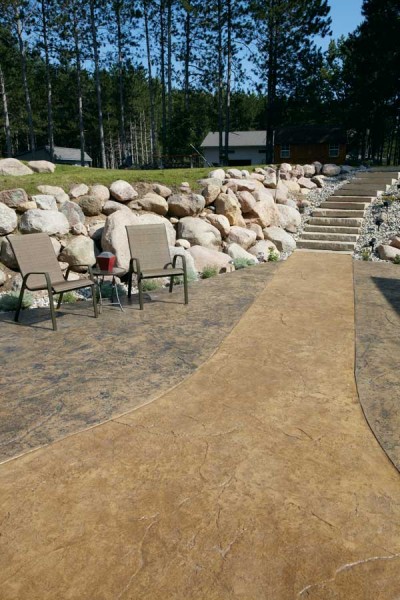 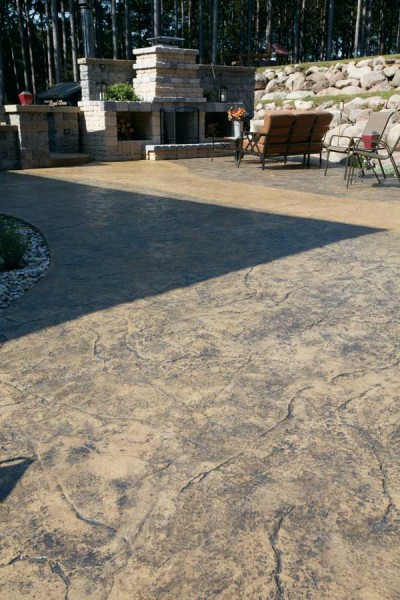 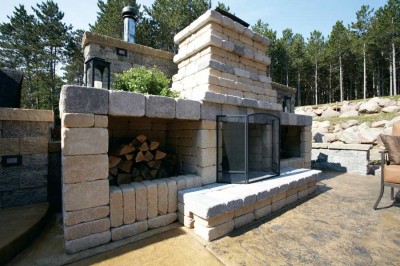 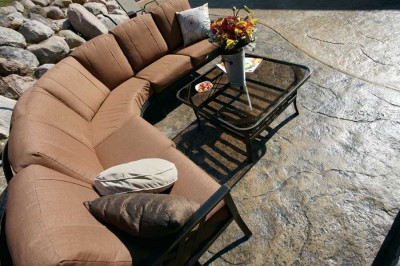 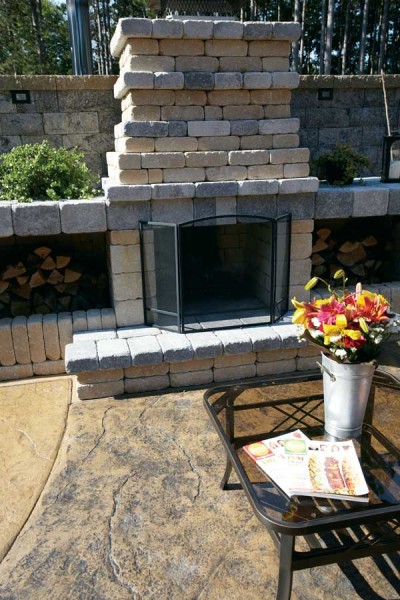 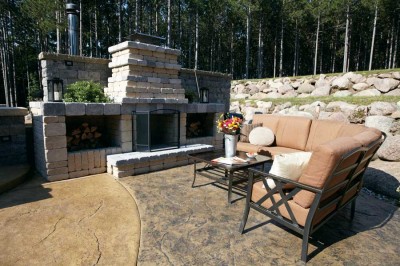