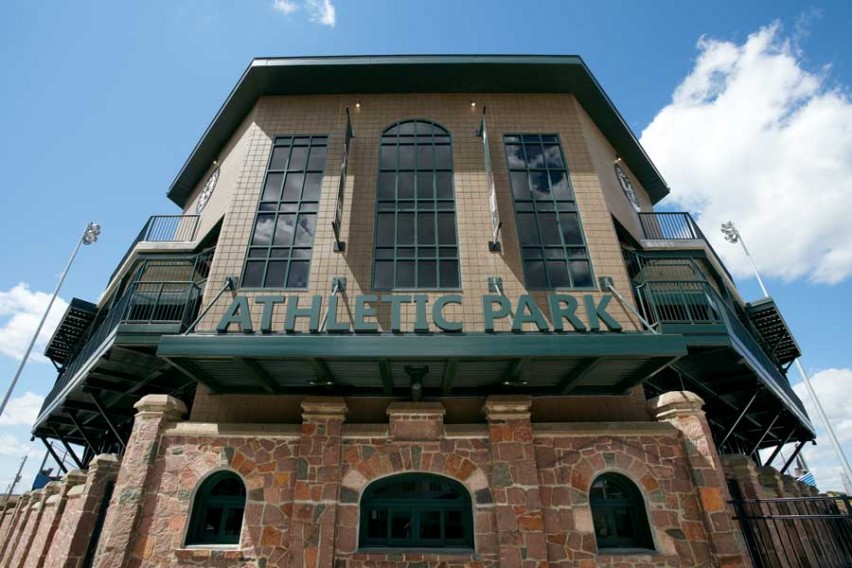 Originally built in 1912, the Woodchucks baseball stadium is a popular and well-loved landmark in the City of Wausau. When a new owner purchased the Woodchucks baseball team in 2012, he determined to upgrade the stadium and athletic park to modern standards. This project included the demolition of the existing structure and the construction of a new, 13,709 sq. ft., three level stadium building with more comfortable seating and additional amenities.

Time and expense were limiting factors for this project. In order to maintain the project’s $2.5 million budget, the architect specified cast in place concrete floors and shearwalls in lieu of precast. The main structure is constructed with 5,865 two-sided burnished masonry units and aluminum curtain walls. The warm brown groundface block lends an elegant yet functional look to the stadium. Its color and rich, granite-like appearance blends well with the stadium’s original granite perimeter wall, which was preserved as a historic feature of the athletic park.

The biggest hurdle for the masonry crew was to keep the joints of the two-sided block in line. Because the block is visible from both inside and outside the structure, the crew had to be vigilant about checking both sides of the wall to make sure the joints remained square and even.

Construction on the stadium began on August 15, 2013. Despite being built during one of the area’s nastiest winters on record with over 68 days of below zero weather, delays were not an option for this project. The stadium had to be completed before the start of the baseball season. The crew built shelters around the work areas and set up heaters to blow heat continuously into these enclosures. The project was completed on May 22, 2014, on budget and in time for the first game of the season.

Wausau residents are pleased with the new stadium, which looks especially impressive at night when uplighting illuminates the burnished structure. Visitors invariably comment that it is a beautiful addition to the community. 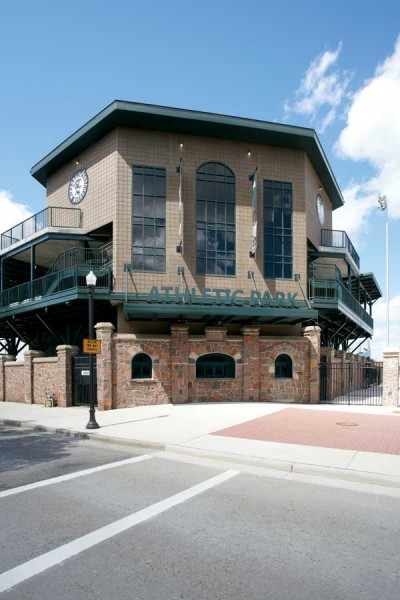 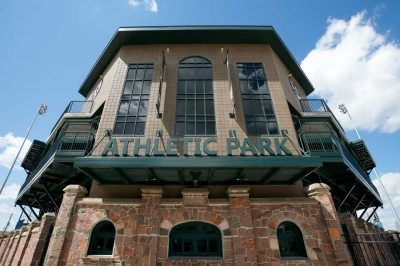 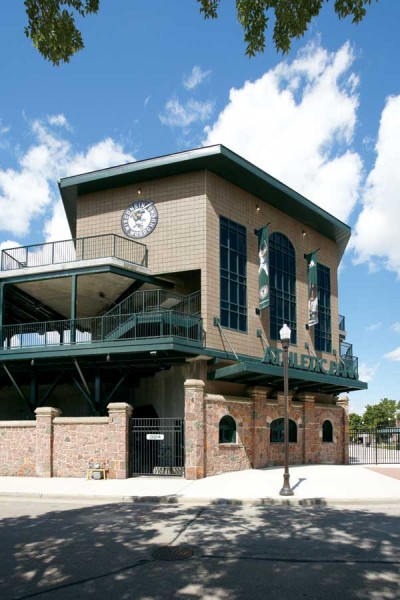 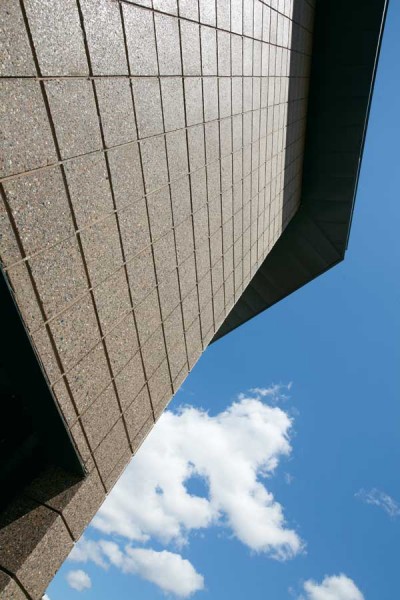 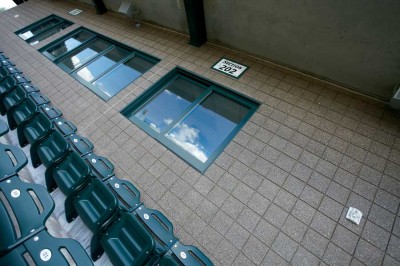