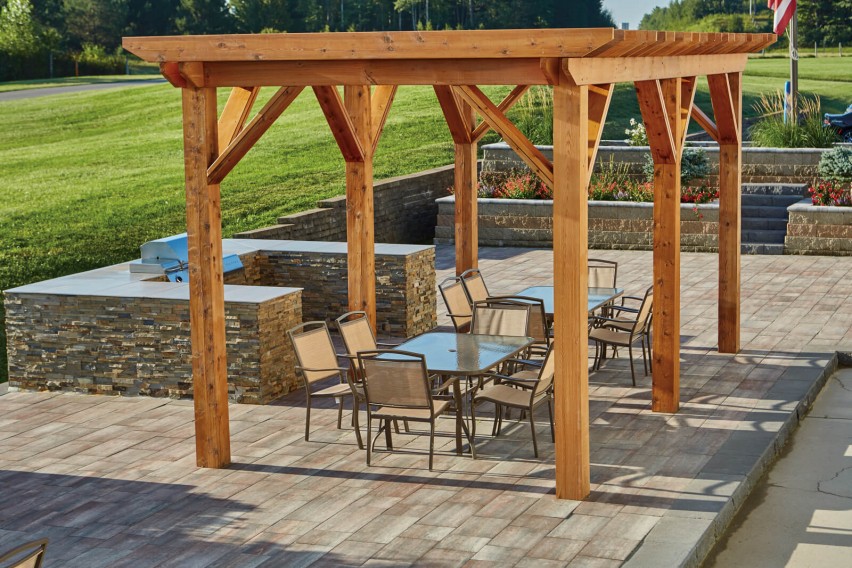 Hardscape Magazine featured this project in their magazine. You can read the article by visiting hardscapemagazine.com.

Read the coverpage article on this project in Interlock Design Magazine at www.icpi.org.

After the new office space was opened, the CEO wanted to have an impressive outdoor area for the employees’ wellbeing. This goal was accomplished by installing an expansive paver patio surrounded by tall retaining walls to block the sound of surrounding traffic. Also included in this space is a grill and outdoor kitchen, making it the ideal spot for everything from work celebrations to taking a relaxing break.

Because this new office space is rented, it brought many unique challenges to the project’s design and installation. Namely, the building’s footprint could not be altered, and no physical changes to the surrounding property were allowed. In addition, the Church Mutual wanted the option to remove the hardscape materials to ship to a new location if they were ever required to move. These challenges were overcome by carefully designing and installing hardscape directly on top of an existing concrete slab. While the slab defined the size of the project, it also presented other challenges, including the ground could not be excavated to create a foundation for the wall. To solve this, the contractor individually leveled, and mortared each retaining wall unit into place directly to the concrete slap.

The retaining wall nearest the parking lot was built as a multi-tiered planter using County Block® Retaining Wall System Jumbo Units in Buff color, with the darker Brown color line as an accent line. Landscape Step Units in Charcoal were built into the wall, giving maintenance crews access to the second layer for watering plants, and raising and lowering an American Flag on a pole that was installed. A single-level square planter was constructed on the opposite end of the hardscape area, wrapping around the corner to keep the area enclosed. Throughout the project, the retaining wall is capped with a Crest Bullnose Paver in Timeless. The contractor installed geogrid in the planters’ soil to give the wall added stability.

Landscape Step Units are also used in the project to create a sturdy boarder for the paver section. These units were mortared to the concrete slab to keep the pavers in place, then base layer of aggregate was filled within the boarder. The base layer was pitched away from the building to prevent water from pooling near the building. Before the pavers were installed, part of the base layer was dug to make room for irrigation piping, then the Grand Milestone Pavers were laid over the top. The pavers were laid from end to end in a running bond pattern. Their clean, straight lines accentuate the expansiveness of the area. The pavers were selected in Serenity color to add a warm feel to the area.

The project began as soon as employees began transitioning to the new location in 2015, and was completed the following spring after the contractor returned to install the grill and kitchen area. 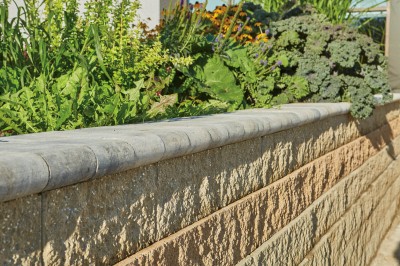 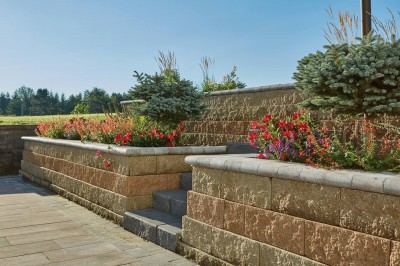 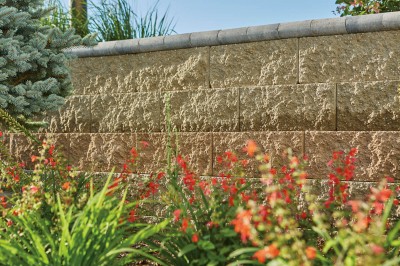 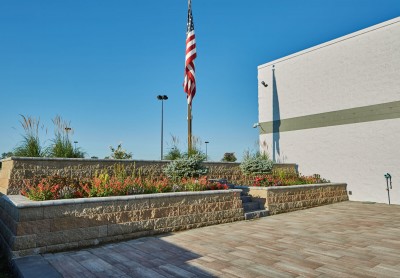 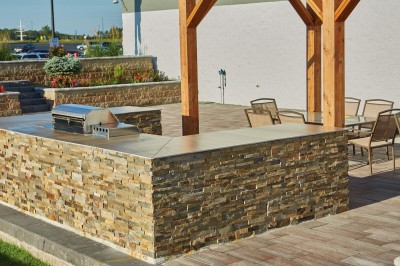 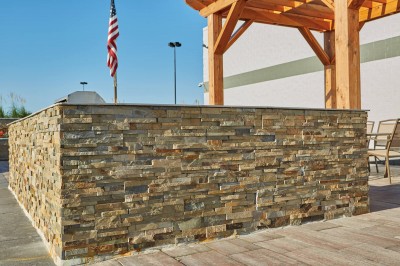 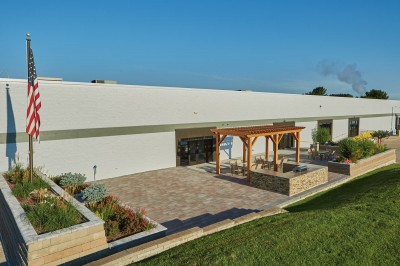 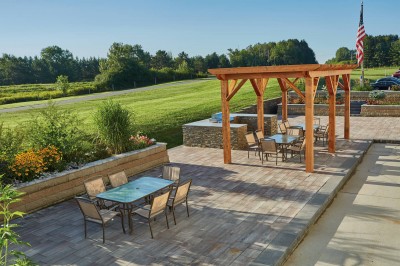 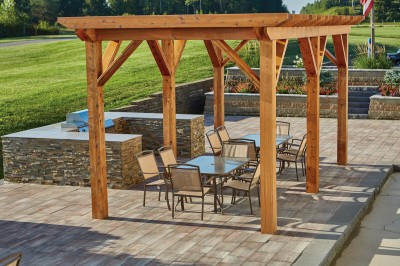 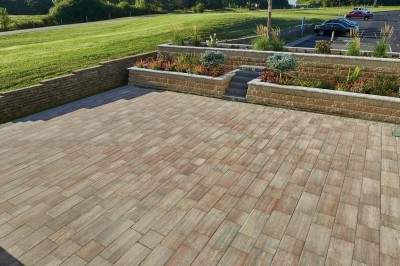 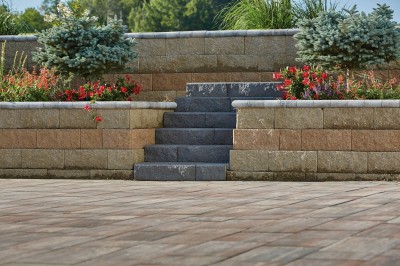 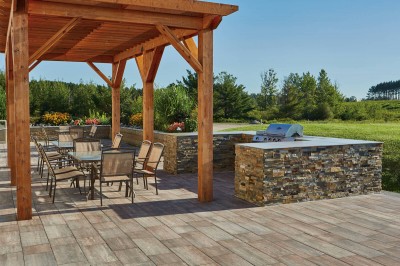