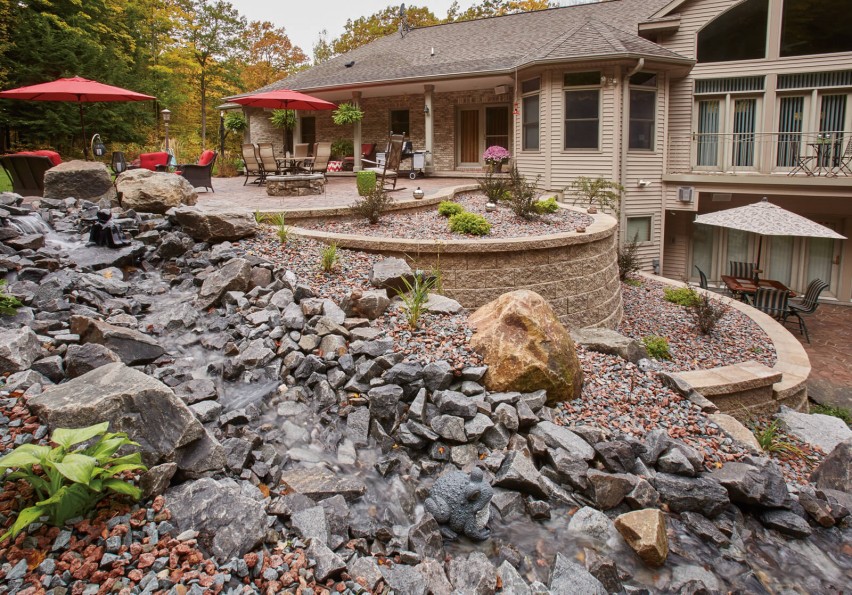 With their backyard in disrepair, the owners of this property began dreaming of new possibilities. They knew they wanted audio and visual features incorporated into a relaxing retreat but were unsure of how to turn those basic ideas into reality. The homeowners approached Olson Hardscape Paving of Wausau, Wis., with the task of designing and building their dream patio. The contractor approached the homeowners with the idea of a cascading waterfall that would wrap around a multi-tiered patio. The homeowners immediately jumped on board with the idea.

The project design called for an upper and lower patio separated by two retaining walls with large and medium sized boulder outcroppings to create a set of waterfalls around the outside edge of both patios. These features were an ingenious way of dealing with a steep slope in the backyard—the wall would manage the slope, while the waterfall would use the natural slope.

County Materials’ vast product offerings made designing, coordinating and installing this patio a much easier task for the contractor. The patio utilizes two types of pavers, retaining wall units, two colors of decorative rocks, medium sized landscape boulders and large outcropping boulders—all of which were available at the contractor’s local County Materials location. In addition, the many shapes and sizes of hardscape offerings at County Materials allowed the homeowner to find the perfect look.

The homeowners chose Destination Pavers® in Serenity for their organic flagstone-like appearance that compliments the natural look of the waterfall and overall project theme. The blended Serenity color of the pavers enhances their look. Crafted Elements Paving Stones™ were selected to create a contrasting border. The retaining wall was made with County Block® Retaining Wall System—a preferred choice for the contractor. Designed with versatility in mind, County Block’s open cores make them lighter weight and easier to handle than many competing retaining wall systems. When the cores are filled with aggregates, County Block provides one of the strongest and longest lasting connections available without having to use mortar, special equipment, or additional tools. Plus, County Block’s pin system gives walls extra stability.

Once the project was completed the owners could not have been happier with the result. To them, the many hardscape products came together to create the one of a kind natural masterpiece they were dreaming of. 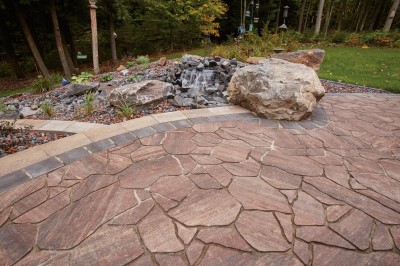 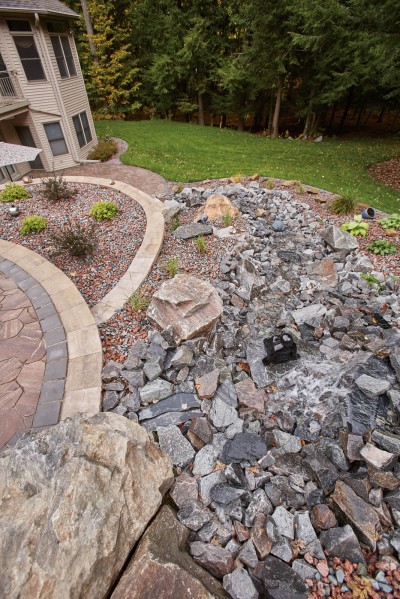 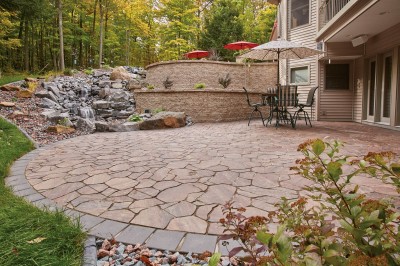 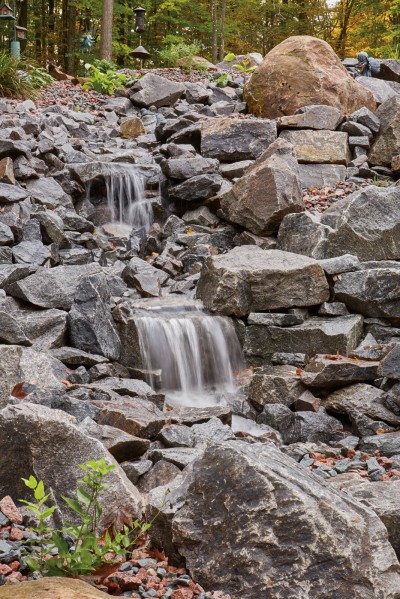 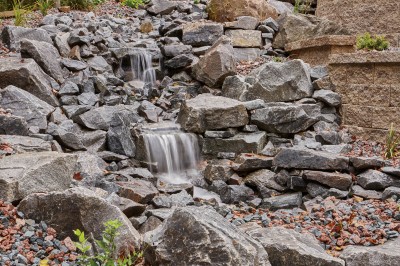 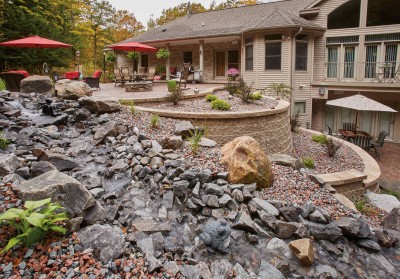 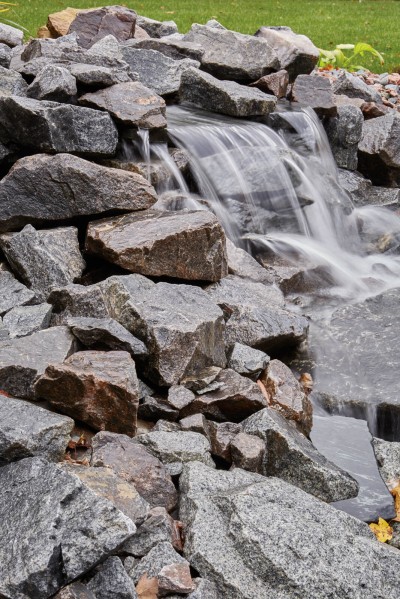 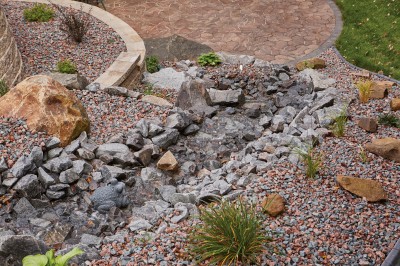 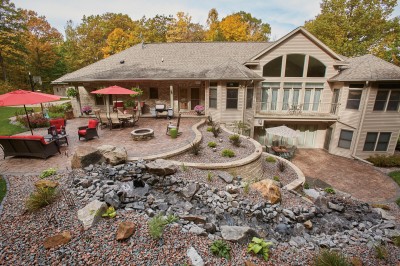 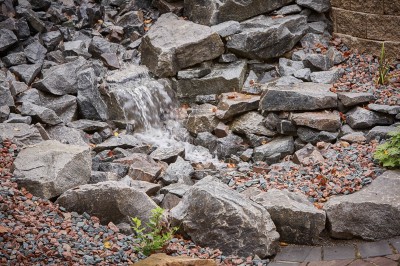