Over the Wisconsin River between Adams and Juneau counties near the city of Mauston, Wisconsin

As one of the Wisconsin Department of Transportation’s infrastructure improvement projects, an aging steel truss bridge was replaced with a new prestressed concrete bridge on State Highway 82 over the Wisconsin River between Adams and Juneau counties near the city of Mauston, Wisconsin. While the age of the steel bridge was unknown, WisDOT determined that it was more cost effective and timely to replace the Point Bluff Bridge with long-lasting prestress concrete than to invest in repairing it at the present time or in the future when more repairs would likely be needed again.

Nearly 4,900 vehicles a day use the Point Bluff Bridge. The WisDOT hired Lunda Construction of Black River Falls to construct the $19 million bridge south of the current one. This large, 11 span prestress bridge project was manufactured and supplied by County Materials Corporation’s Janesville, WI plant. A total of sixty-six 72-inch-tall prestress girders, each 147 feet long and 148,000 lbs., were delivered and installed.

The project’s contractor, Lunda Construction Company, dealt with several challenges on the project. One was constructing the bridge over a river with limited access. To facilitate the installation, a temporary road was built to cross the river that allowed the crane travel access for the during of the project. Culverts installed by Lunda under the temporary road allowed the river to continuing flowing. Additionally, Highway 82 remained open while workers used flagging operations to stop and start traffic across one lane of traffic during construction to eliminate road closures.

Girder delivery and installation had to be precisely timed and coordinated to accommodate rising and lowering river water levels that were impacted by rain events. County Materials’ dispatch team and heavy haul truck drivers from both the Janesville, WI and Roberts, WI locations worked in tandem with the constructions teams onsite to ensure effective communication and to meet project timelines. The bridge was officially opened for traffic before the end of 2019. 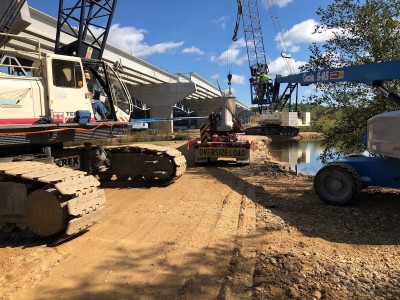 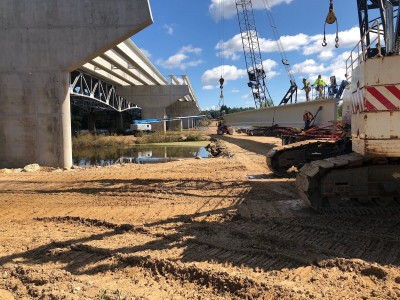 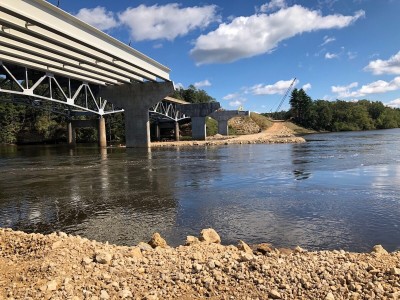 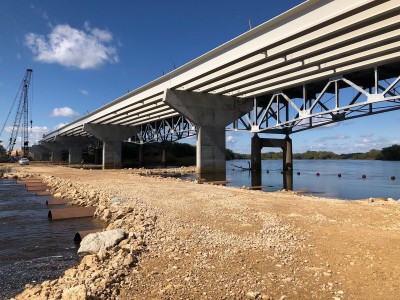 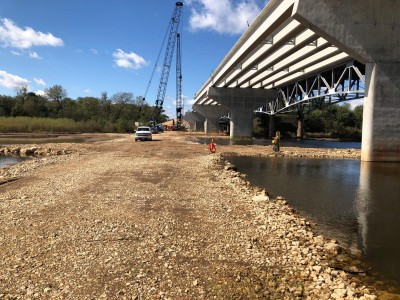 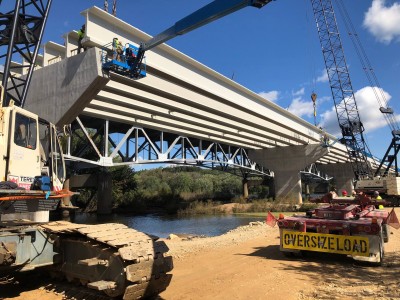 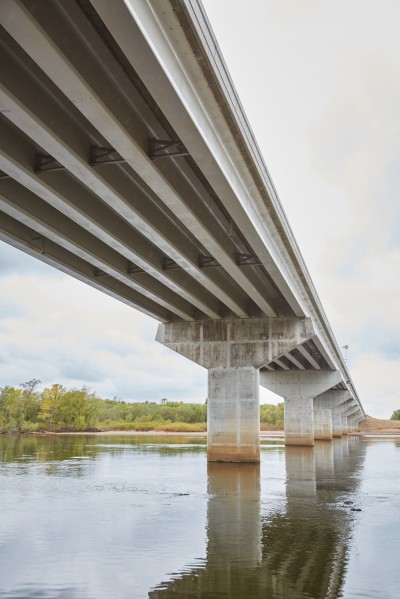 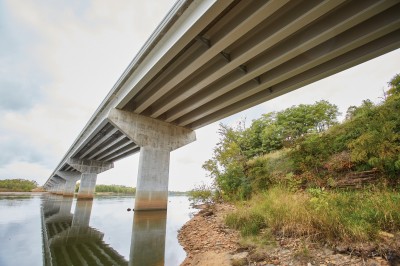 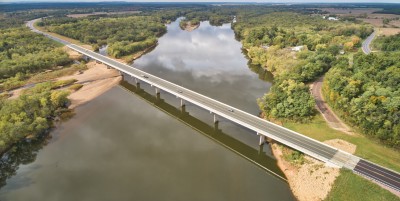