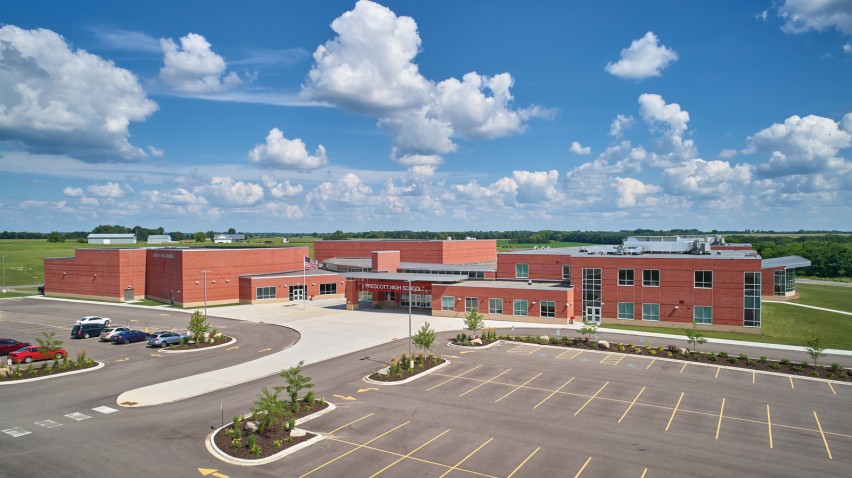 Prescott High School is located on a prominent parcel of land near the edge of town, making the school a welcoming gateway for the small community in Wisconsin. Long before doors opened for the school’s nearly 400 students, the Prescott community narrowly passed a $29 million referendum making the project possible.

Bray Architects collaborated with the school district to create a final design that met the project’s many functional needs and aesthetic choices while staying within the tight budget for a school this large. Heritage Collection™ Designer Concrete Brick manufactured by County Materials Corporation offered Bray Architects a cost-effective material solution with maximum design benefits.

A primary design goal was for the school to represent the community by having a timeless look that utilizes materials familiar to, and found throughout Prescott—particularly red brick. County Materials’ large variety of concrete brick color options made complementing structures in the historic downtown an easy task. The deep red and blended tones offered by Heritage Concrete Brick in Cardinal Blend lends to the aged colors of the historic downtown Prescott. Additionally, Heritage Concrete Brick in Dove Grey was used for the lower courses emphasizing the building’s base, breaking up scale, and firmly grounding it to the site.

Several of the original design features were removed due to budget restrictions. However, by turning to concrete brick instead of more expensive alternative materials, the design team was able to implement several inspiring features. One of these features was the incorporation of soldier coursing near the top of the façade; additionally, a basket weave pattern was installed between windows to emphasize the glass sections and break up the building’s massing. There are also several recessed courses wrapping around the structure, adding dimension and character.

The school’s layout was designed to take advantage of surrounding views and the natural landscape. The designers were tasked with maximizing natural sunlight, a welcomed difference from the old high school building. This was accomplished by constructing an interior courtyard that allows both interior and exterior rooms to receive natural daylight through large windows that span multiple stories for some of the two-story classrooms and the school library.

Heritage Concrete Brick in utility size was selected for the project. Its larger scale means there are fewer units to lay, less joints necessary, and overall less work for the mason. This meant lower installation costs for the district. Concrete brick also met the standards required for school construction including higher fire ratings and energy efficiency. Since the building opened doors for students in September 2016, the district has noticed reduced ongoing operation costs. 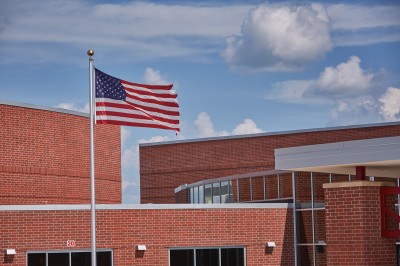 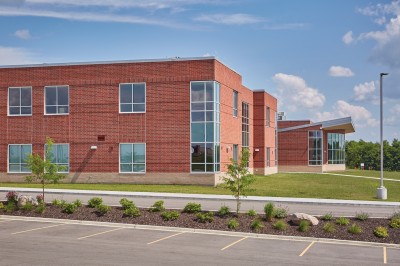 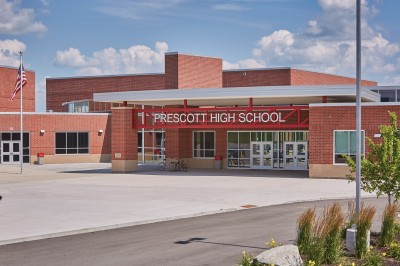 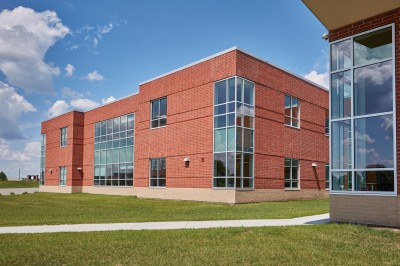 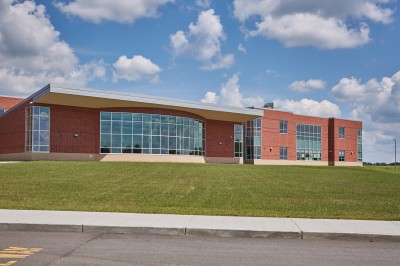 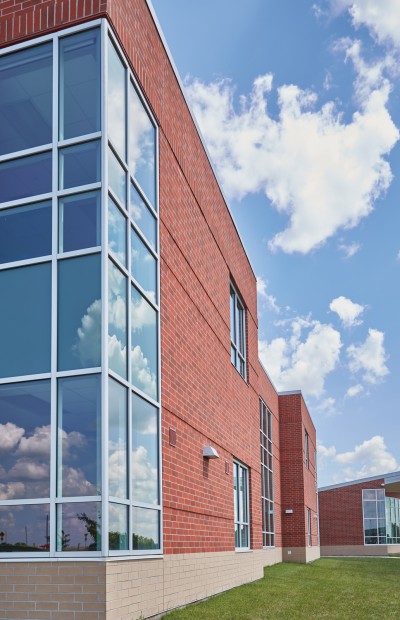 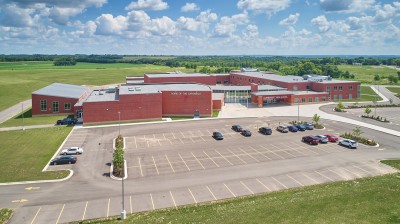 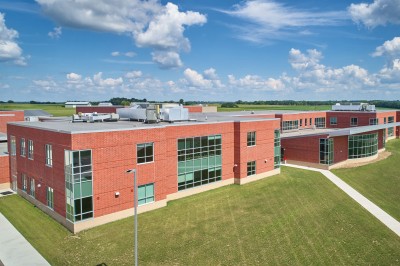 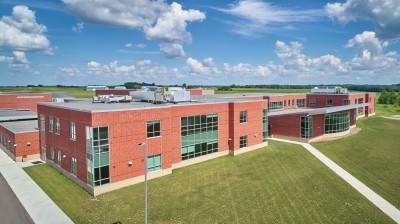 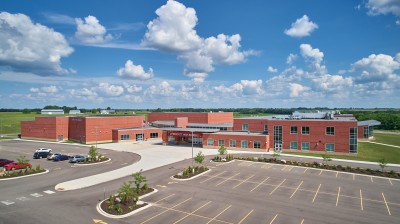