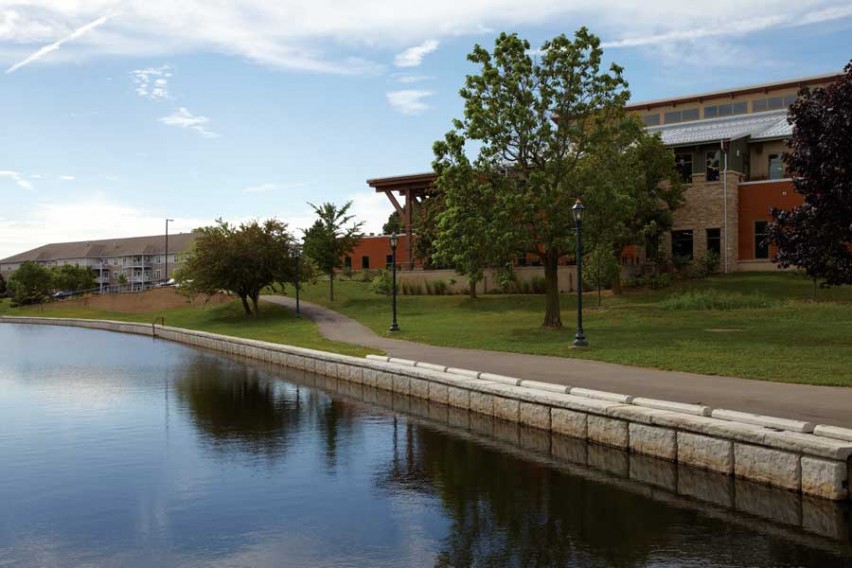 Hartford Mill Pond, part of Centennial Park in downtown Hartford, WI, showcases how oversize retaining wall units offer an effective solution for challenging site applications. Hartford Mill Pond was constructed during the early 1980s with a timber wall that had since deteriorated. The city wanted to replace the wood wall with a structurally sound solution that would be aesthetically pleasing and durable and allow them to construct a safe pedestrian walkway adjacent to the pond.

Originally, Jason Schall, Hartford’s city engineer, envisioned using smaller riprap stones around the pond’s perimeter. However, he specified Oversize Rib Rock Landscape Units from County Materials because they provide economic and structural advantages. Measuring 2’ x 4’ x 2’, the oversize blocks are much heavier (approximately 2,500 lbs each), resulting in a more stable structure to hold back the organic soil and water from the pond. Rib Rock units are engineered to retain earth securely. Plus, oversize units allowed the landscape contractor for the project, to install more square footage in less time. Larger block means fewer joints, which also reduces water penetrating and freezing. As a result, ice damage is minimized, ensuring the wall will last that much longer.

There were several site and engineering challenges involved with this project. First, the pond required draining before any of the old timbers could be removed. The dam valve was opened to reduce the water level and the remaining water was pumped out through a filtration system to avoid dumping sediment downstream. As the team dug down to remove rotting timbers, they also discovered the subsoil was not solid because it was filled with decomposing organic matter. Organic matter is not suitable material for building a structurally sound wall. The crew had to dig down 12 feet to remove timbers and hit solid ground before they could start installing Rib Rock units for the foundation. The wall design itself is atypical because more than half of the Rib Rock units had to be installed below grade. Layers of geogrid, a non-biodegradable mesh, were also used to anchor the wall units and stabilize the soil. Filter fabric was also incorporated for soil separation. The crew filled joints between units and behind the wall with ¾” drainage rock and drain tile to manage water infiltration.

Another challenge was keeping the site dry during the multi-phase construction process. In addition to pumping out the water, a stone bed was set at the bottom of the pond to provide a solid dry foundation for equipment staging and people to work. Additionally, there were limitations imposed by the DNR. The wall needed to be constructed from the pond bottom. The city had to obtain permission from the Department of Natural Resources (DNR) because of potential risk the wall could wash out in bad weather while under construction. The DNR required the work to be completed in small sections of only 100 feet at a time. Partial shipments of Rib Rock units were delivered to the site as needed, requiring a good deal of coordination between County Materials and Wondra Construction, Inc., the contractor on the project.

The project began at the end of September, 2014 and was completed in eight weeks at the end of November, 2014. Only the south side of the pond wall has been completed to date. The north side will be finished once the city sets aside funding to complete the project.

Schall is very pleased with the materials and workmanship, and says the retaining wall looks wonderful. Additionally, he noted that the project came in on budget and on time. Residents have also commented that the wall is attractive and compliments surrounding buildings. 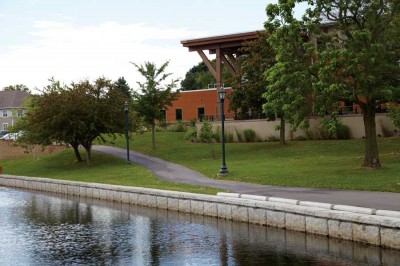 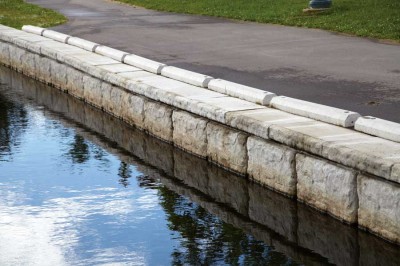 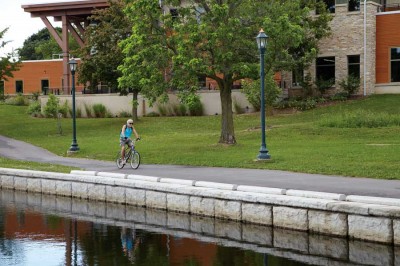 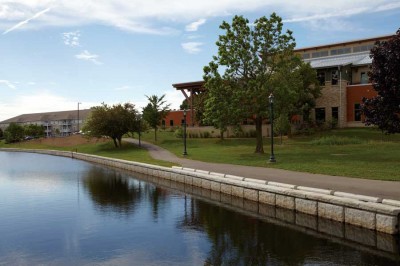