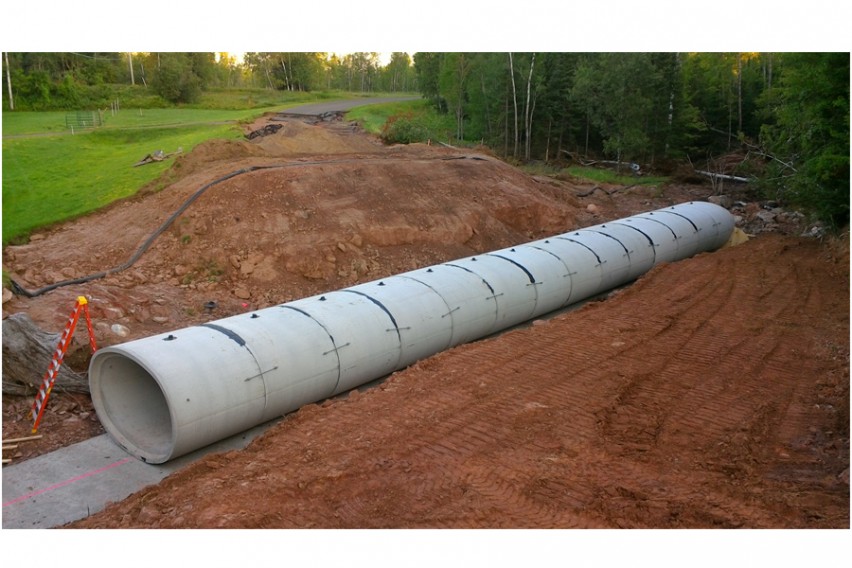 Torrential thunderstorms hit north central Wisconsin on July 11th, 2016 leaving approximately $30 million in damages in its path, including the destruction of Saxon Harbor and Iron County Highway A, one of the only roads that reaches Saxon Harbor on Lake Superior. The storm caused a surge of water in Parker Creek, which runs under the county highway, completely deteriorating the backfill surrounding the previous corrugated steel pipe. With the backfill completely eroded, the water then carried the steel pipe away, causing nearly 230’ of the highway to collapse.

The Wisconsin Department of Transportation (WisDOT) immediately began organizing plans to repair damages across the region by contacting contractors and vendors on its Emergency Services Contracts list. County Materials is a contact on the list, which is designed to expedite the process of repairing and reopening damaged roadways by providing a quick reference during situations of need.

County Materials manufactured and delivered 128’ of 87”x136” of reinforced concrete horizontal elliptical class IV pipe with a 100-year service life. Each pipe was 8’ long 10” thick and weighed 34,800 lbs. This reinforced concrete culvert pipe was specified by WisDOT to replace the original steel pipe for its inherent strength and unique joint tie system. The joint tie system allows for placement of galvanized steel joint ties, which are placed across the concrete pipe joint of adjoining units to tie them together. This creates joints with added strength that promotes long-term performance of roadways.

The water surge wiped everything out, leaving only bedrock behind. The bedrock’s surface was uneven, requiring preparation before the pipe could be placed. The contractor poured a concrete slab platform directly on top of the bedrock, giving the culvert pipe a steady platform for installation. After all 16 pieces were in place, and the joints sealed and tied together, the area was backfilled with soil, then paved over.

The pipe was manufactured and delivered in a short time frame thanks to the coordination efforts between WisDOT, the contractor and County Materials’ production and dispatch divisions. Over a year after the storm FEMA, WisDOT, the US Army Corps of Engineers, the DNR, and the Iron County Highway Department continued to work on restoring much of the damage the storm dealt to Saxon Harbor. The quick completion of County Highway A was crucial in the efforts of rebuilding the Saxon Harbor and the surrounding areas by providing access to the damaged region. 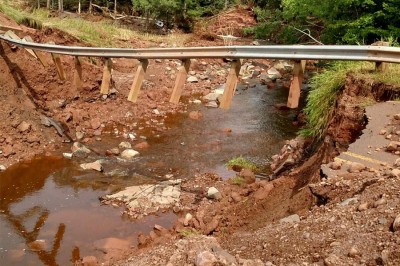 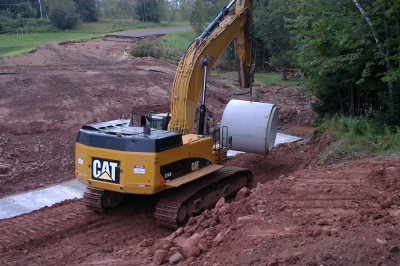 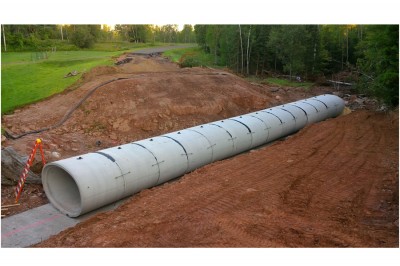