In the summer of 2019, County Materials began production of the company’s largest prestress concrete bridge girders ever made to date at its state-of-the-art indoor production facility located in Janesville, WI.  These girders came in at seven-and-a-half feet tall, 160-feet-long, and 203,000 pounds. Since these girders began arriving on site at the I-294, Mile-Long Bridge in Chicago, IL, County Materials has again successfully produced even larger girders for later phases of the Mile-Long Bridge Project, setting not only a company record, but a record for the entire Midwest region.

On January 13, 2020, the Janesville production team successfully built, cast and stripped the first of these colossal prestress concrete girders. This girder measures seven-and-a-half feet tall, 186.5-feet-long, and weighs in at 245,000 pounds. Months of planning and machinery improvements went into this historic day.

Innovation and the drive for success made this project possible. Prior to producing the girder, the production team calculated the weight, estimating a single girder would exceed 245,000 lbs. County Materials invested in enhanced crane equipment from Mi-Jack Products, Inc. to allow for safe lifting and handling of these large girders.  This equipment included the purchase of two Strongback Interface Bars allowing for crane operators to utilize eight picking points while lifting and moving the girders, compared to the usual four.

Improvements were also made to the plant production lines enabling the crews the capacity to run the additional prestressed strands required for seven-and-a-half-foot tall girder production.

County Materials is slated to produce 22 of these colossal girders and a total of 273 girders for the project. County Materials is proud of their entire Janesville prestress production team for their talents and efforts contributing to this historic achievement. 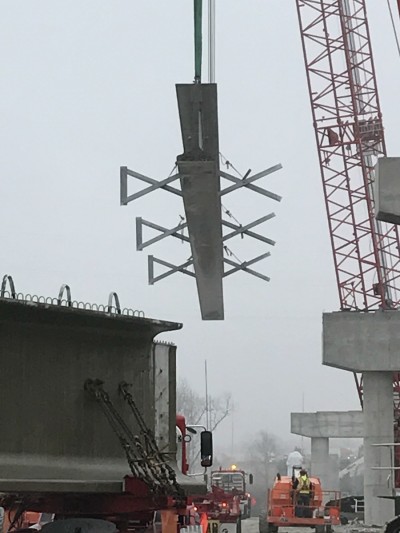 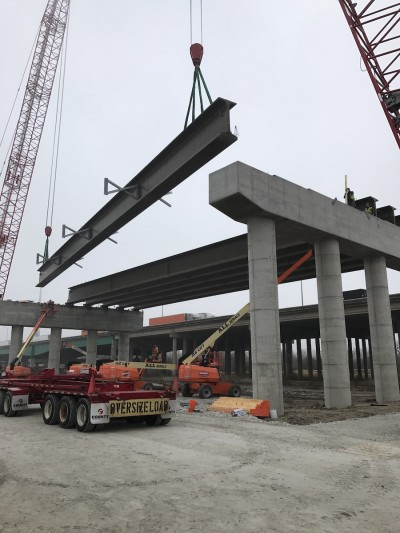 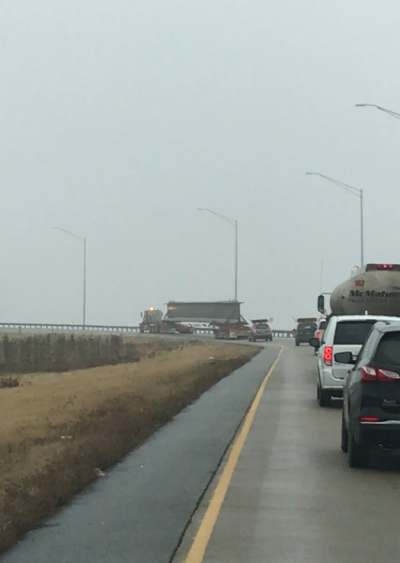 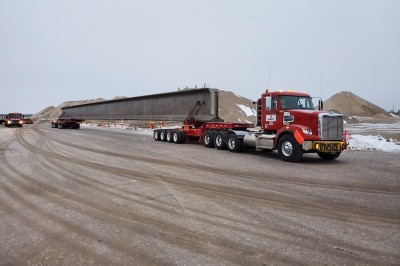 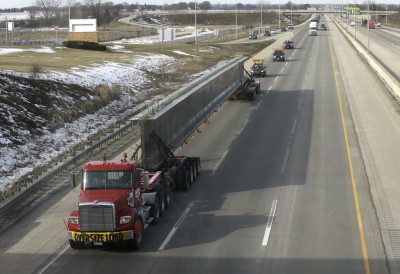 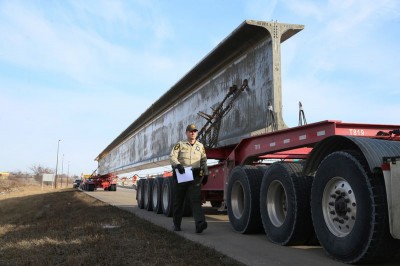