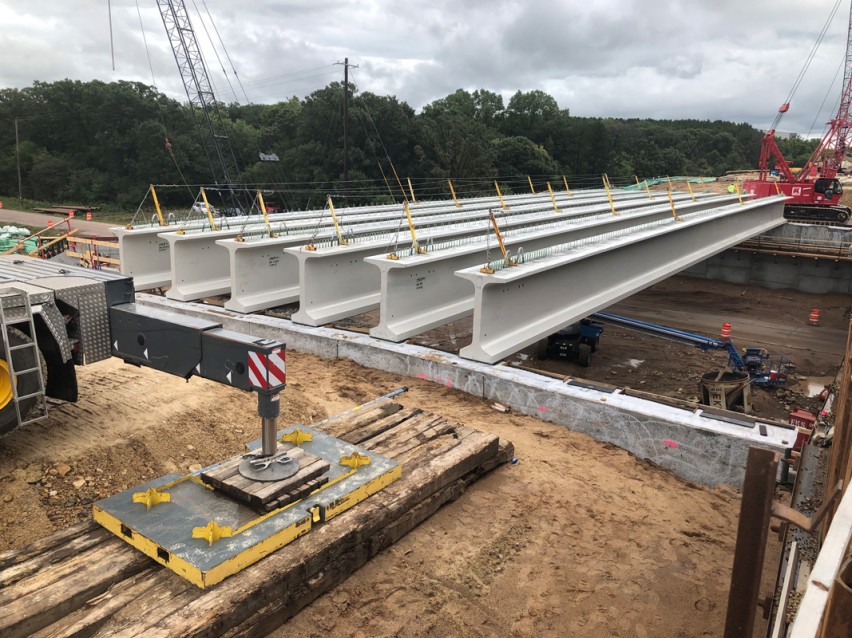 The Wisconsin Department of Transportation (WisDOT) successfully met the expedited schedule for the replacement of two bridge structures on I-94 over County NN, north of Osseo, WI. Consistently heavy traffic along the interstate required accelerated construction to minimize lane closures and the impact on traffic. Two County Materials prestress concrete girder manufacturing facilities contributed to meeting the challenges of this project.

The eight beams delivered from Roberts, WI, had to turn around on U.S. Highway 10 and I-94 to stage in the right place. The large size of the girders meant that trucks were unable to maneuver the turn back on the highway. Instead, County Materials’ experienced drivers had to back down the I-94 west off-ramp, then make a y-turn to proceed to the staging area. County Materials’ dispatch team coordinated with the installation crew onsite to get the delivery times set to their needs, and also worked with the Wisconsin State Highway Patrol to briefly close the exit for maneuvering the girders.