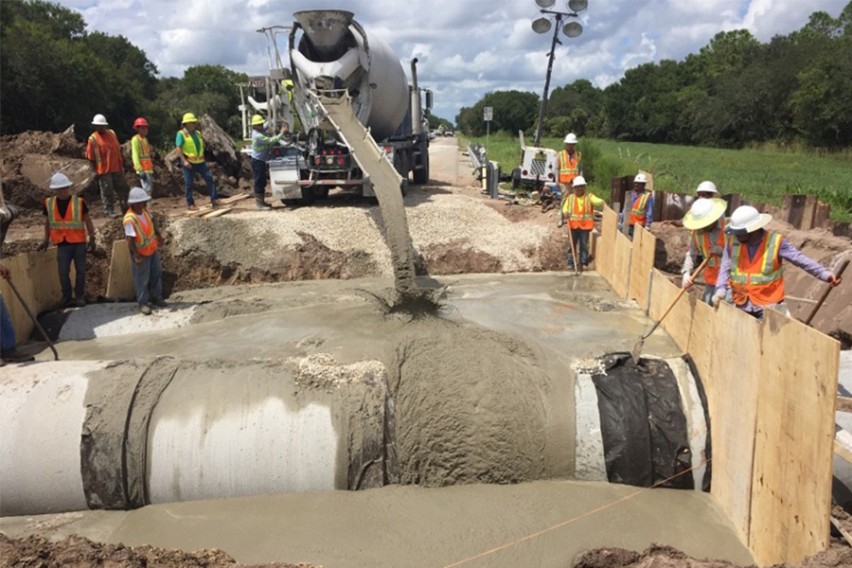 Heavy rain pounded most of Florida when Hurricane Hermine made landfall on September 2nd, 2016. The hurricane left nearly $550 million in damages across the state, including a washed-out portion of State Road 72 about 10 miles east of Sarasota, Fla. When the Florida Department of Transportation (FDOT) arrived on the scene, they found gaping holes in the road’s surface, forcing FDOT to close the road until repairs could be made. Finding a contractor who could complete the job quickly was a priority for FDOT because of the road’s status as a major arterial road for the region. With no convenient detours, motorists were forced to drive ten miles north to an alternate highway until the repairs were made.

Florida Safety Contractors was selected for the job with the expectation they would complete the job in one week. Because of the road’s importance, FDOT offered an incentive bonus to the contractor if they could finish the job in less than 5 days. Crews from Florida Safety Contractors worked around the clock to meet the deadline. When they first arrived on site, they saw that much of the soil surrounding the drainage pipe had washed out, causing the weight of the road to crush the corrugated steel pipe that was originally installed. To prevent another road collapse in the swampy area, Florida Safety Contractors chose reinforced concrete pipe manufactured by County Materials in Astatula, FL.

Construction began on the site by removing the surrounding soil and damaged metal drainage pipe to clear the way for an entirely new drainage system. The job required 18 units of 60” Class III concrete pipe, totaling two 80 foot rows. Once the pipe was installed, the contractor used a flowable fill ready-mix to surround the pipe, curing them in place. The concrete provided more support for the structure to prevent the possibility of a future washout because of soft soils. Headwalls were added to the site for additional strength. After the concrete cured, the road was repaved, completing the job.

Nearly a year after the emergency repair, the Florida Transportation Builders’ Association (FTBA) recognized Florida Safety Contractors with a ‘Special Significance’ award in their 2017 Best in Construction Awards during their annual convention on August 12, 2017 in Amelia Island, Fla. FTBA, whose mission is to foster a public understanding and support for transportation systems, awarded Florida Safety Contractors for their expedience in completing this project with little lead time, allowing for the reopening of the major road following this emergency repair situation. 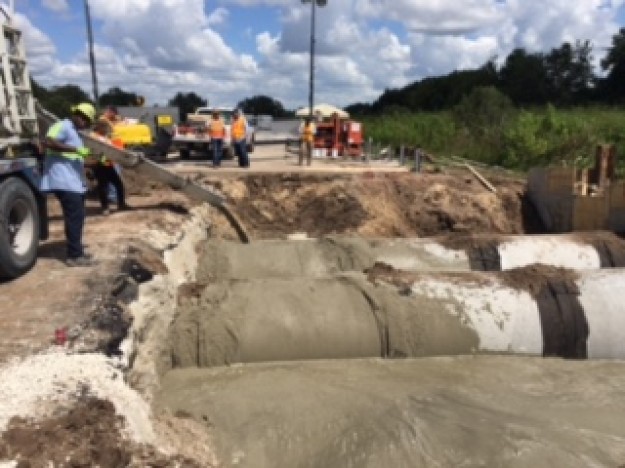 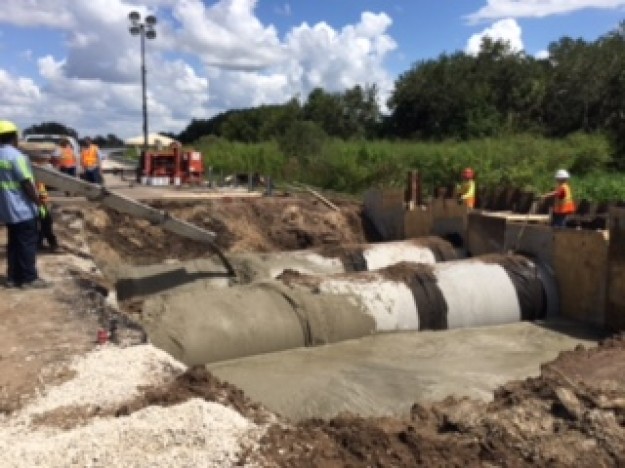 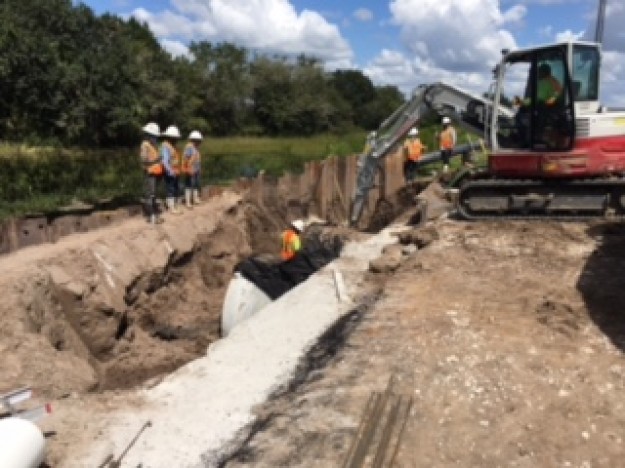