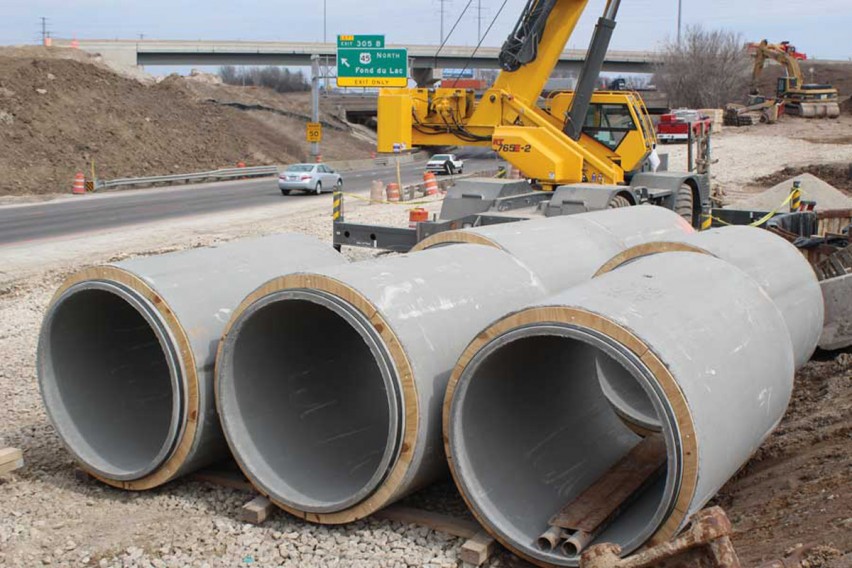 The Milwaukee Zoo Interchange project, the largest public works project to take place in the state of Wisconsin, was finished in 2018, on time and under budget. Of greater significance, however, is that recent research indicates that the updated roadways have allowed for 18% more traffic, improved travel times by 7% and reduced crashes by 35%. Large quantities of reinforced concrete storm water systems and culverts act as critical infrastructure that will stand the test of time for this project and are expected to easily meet the interchange’s 75-year design life goal.

Originally constructed in 1963, the I-94, I-894, and US 45 interchange was built as one of the first interstate Highway projects in Wisconsin. Now known as the Milwaukee Zoo Interchange, this vital corridor handles a whopping 350,000 vehicles per day, making it Wisconsin’s busiest arterial road way. The original 1963 design was no longer able to handle this traffic load and its outdated design had closely spaced left and right-hand entrance and exit ramps, contributing to crash rates two to five times higher than the state-wide average. By 2013, reconstruction began on the interchange and surrounding roadways to produce a visually appealing, functioning, long-lasting, and state-of-the art system.

On a project of this scale, coordination was the key to success. Safety and satisfaction for the surrounding community was a priority. Multiple contractors partnered with the Wisconsin Department of Transportation (WisDOT) and the public to work closely throughout the construction process. In the immediate vicinity of the construction area is the Milwaukee Zoo, State Fair Park, Milwaukee County Research Park, UWM Innovation Campus, Milwaukee Brewers Stadium, Milwaukee Regional Medical Center, in addition to many other business, schools and homes. Critical to the success of the project was maintaining access to the Milwaukee Regional Medical Center which houses the Children’s Hospital of Wisconsin, Froedtert Hospital, and the Medical College of Wisconsin. These facilities assist more than one million patients a year and employ 14,000 people. The Medical Center also serves as the region’s only Level 1 trauma center.

To improve safety and freeway operations throughout construction, many innovative solutions and challenging schedules were incorporated. County Materials’ dedicated team of dispatchers and drivers worked closely with construction crews to make deliveries during low impact times including night and weekend deliveries. In addition, County Materials’ production teams at many of the company’s locations throughout Wisconsin made exceptional efforts in remaining on schedule with production.

Three years into the construction, WisDOT officials were impressed with the progress and work the contractors were doing. To recognize the contractors, WisDOT awarded them at the Annual Contractor-Engineer conference held in Madison, WI on January 26-27, 2017. The three contractors, Lunda Construction, Michels Corporation, and Edgerton Contractors received a Special Merit Award for their efforts in innovation, shortening construction time, saving money, and overall quality.

Through innovative design, outreach efforts, and the use of precast storm water management components and prestress concrete girders, the construction teams minimized the impacts of construction on neighborhoods and businesses and provided a safe, efficient and aesthetically pleasing interchange that WisDOT and the surrounding communities are proud of. 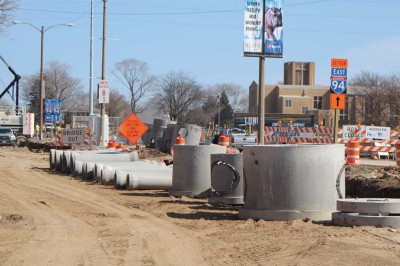 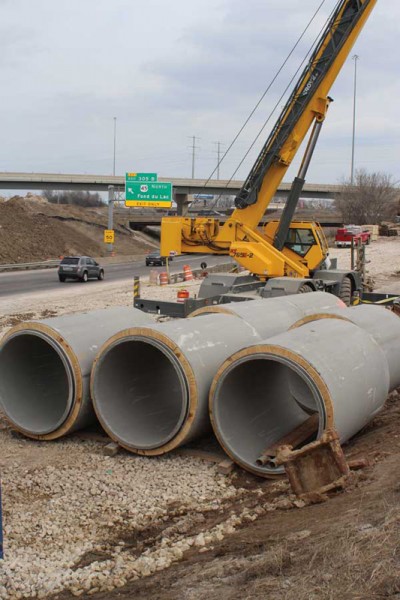 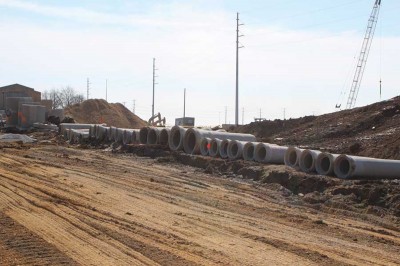 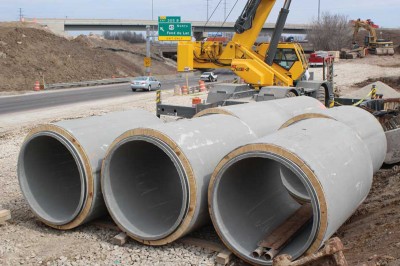