In November of 1960, President Eisenhower stood upon the deck of the U.S. 63 Bridge over the Mississippi River in Red Wing, MN, to cut the ribbon officially opening the cantilever steel bridge. Nearly sixty years later, the State of Minnesota conducted a state-wide report of road and bridge conditions across the state and identified the U.S. 63 Bridge in need of replacement. In 2017, Zenith Tech, Inc. began the design and construction of the new bridge using prestress concrete girders. On November 21st, 2019, the improved bridge held its ceremonial ribbon cutting and opened to traffic.

County Materials manufactured and delivered twenty-eight 82MW prestress concrete girders for the bridge’s Wisconsin side, which raises the deck over land until it reaches the Mississippi River, where the bridge was completed with three spans of steel girders over the waterway. Each concrete girder produced by County Materials at its Janesville, WI production facility, weighs 202,000 lbs., spans 175 ft, and rises 82 inches tall. At the time of production, these were the largest concrete girders produced in the state of Wisconsin.

“Based on the span lengths on the Wisconsin side of the project, concrete beams were an economical solution for the superstructure,” stated Terry Ward, P.E., MSISE, PMP, the Red Wing Bridge Construction Manager for the Minnesota Department of Transportation (MnDOT)

The U.S. 63 Bridge in Red Wing is the only regional Mississippi River crossing for approximately 30 miles upstream and downstream and handles more than 13,300 vehicles traveling across it per day. MnDOT, in cooperation with the Wisconsin Department of Transportation, the Federal Highway Association, and the City of Red Wing, conducted this replacement project. The Minnesota legislature provided funding for the rehabilitation or replacement of several bridges throughout the state, including the Red Wing Bridge.

In the summer of 2018, County Materials began delivering girders from Janesville, WI, up to Baldwin, WI, maneuvering through the Baldwin interchange onto U.S. 63. From there, the girders were delivered directly to Red Wing. Girders were delivered two trucks at a time with a state patrol escort. County Materials’ team of dispatchers coordinated with Zenith Tech crews and the Wisconsin state patrol to make deliveries when needed and to have the lowest impact on traffic. County Materials skilled heavy-haul drivers navigated trucks with separated steerable trailers through tight intersections and interchanges.

Once onsite, the heavy-haul drivers safely and efficiently staged the girders for the crews. This was Zenith Tech’s largest project to date, and their team was able to connect each girder to two separate cranes and set one girder in approximately 45 minutes. Girder deliveries were finished by the end of summer 2018.

Shortly after the improved bridge opened to traffic in November 2019, crews began removing the original U.S. 63 Bridge. The removal process involves cutting up the steel frame and dissembling the bridge piece by piece. This process is expected to wrap up late-summer 2020. Through 2020, construction will continue to complete railing work, decorative spires, as well as finishing a pedestrian and bicycle path. 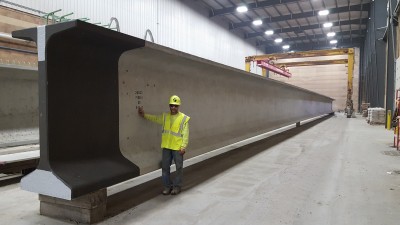 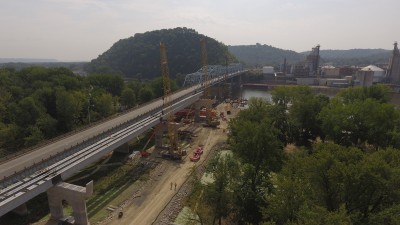 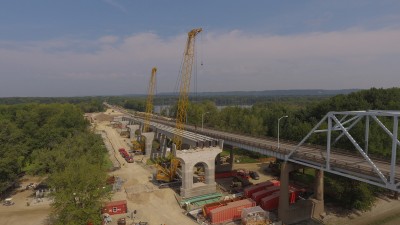 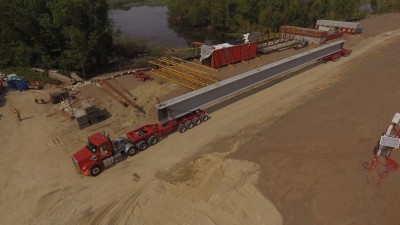 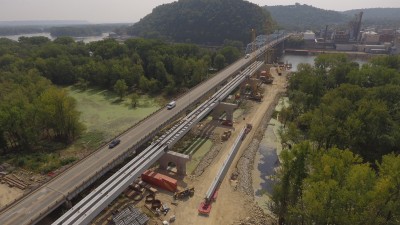 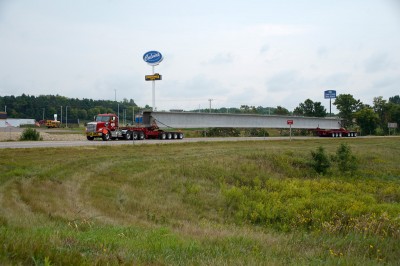 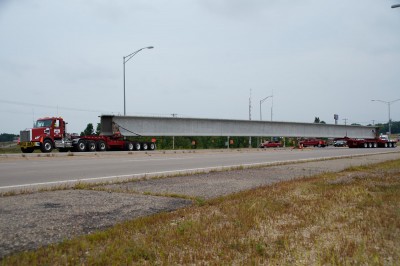 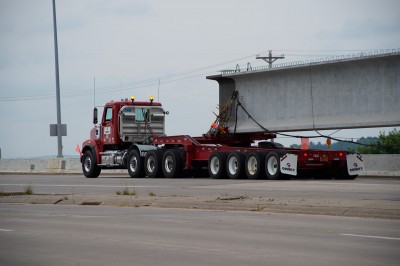 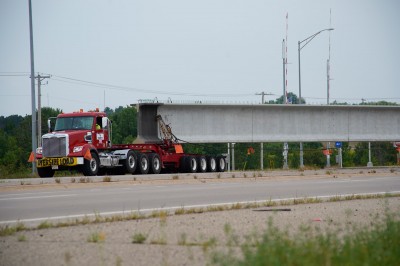 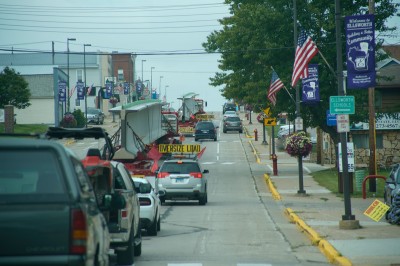 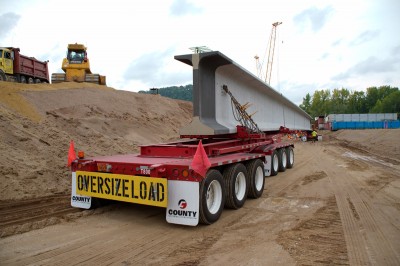 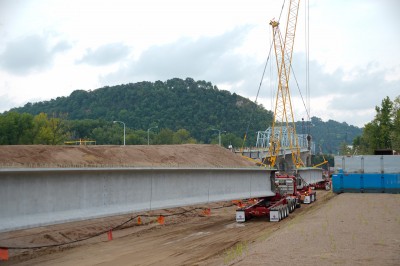 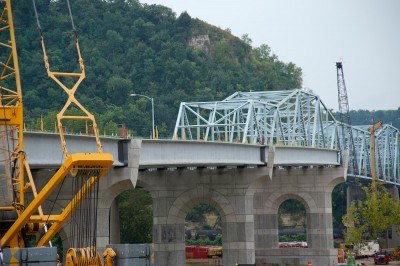 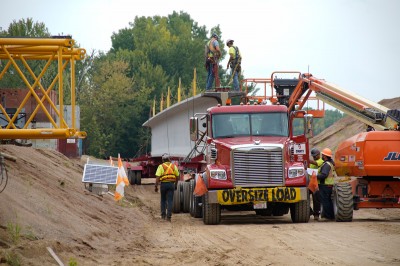 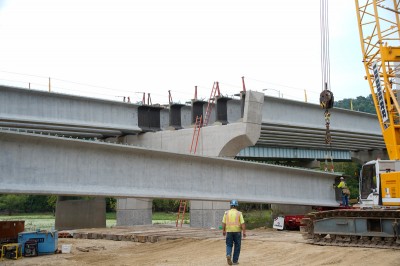 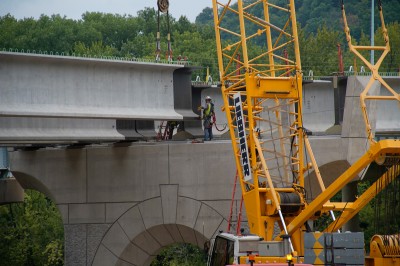