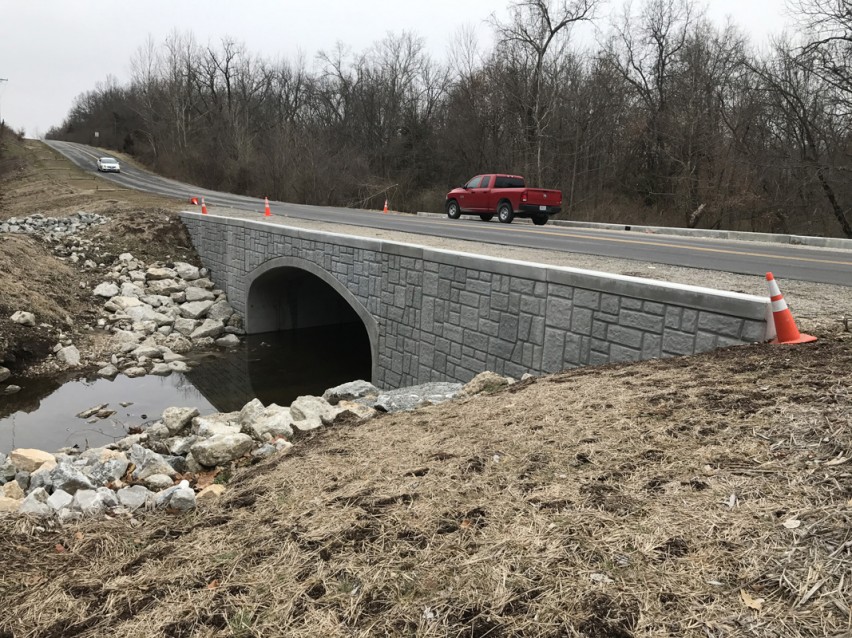 Just south of Mill Creek Elementary in Columbia, MO crumbling metal culverts necessitated stormwater infrastructure upgrades and road surface reconstruction. Often with local projects, it comes down to community support for much needed upgrades. In 2015, citizens of Columbia voted for a capital improvement sales tax increase to address concerns throughout the community, including this project. The Public Works Department evaluated several key factors in reconstructing the storm water management system, including budget, durability, speed of installation and enhanced aesthetics. The ArchCast™ Bridge system manufactured by County Materials was the only choice that met each of these criteria.

Made with precast concrete, ArchCast Bridge systems are built to last. The existing metal culvert system was failing, proving that alternative materials cannot compete with concrete. Because of their superior durability, life-cycle performance and strength, precast concrete products are the material of choice for professional engineers.

Time was of the essence in installing the upgraded stormwater management system. Shutting down an entire roadway with no easy detour was not an ideal option, but necessary for the completion of this project. In addition, with a large elementary school a mile north of the project, the extra traffic from buses and residents needed to be avoided during construction at all costs. Stiff penalties were incorporated into the contract to ensure the deadline was met and the project completed before the school year resumed. County Materials manufactured the ArchCast Bridge system at their Salem, IL location then delivered components ready to install on site. This benefit helped speed up the construction process and lowered the overall project cost. ArchCast Bridge systems also provided a self-supporting and complete bridge system that required less labor to install surrounding bedding.

Located in a growing part of Columbia, aesthetics was also an important consideration for the new bridge system. Unlike traditional options, the ArchCast Bridge system allowed for a decorative natural stone face appearance. During the manufacturing process, County Materials utilized a form liner to cast the stone texture onto the headwalls and wingwalls.

In total, seven 24’ by 10’ rise ArchCast units were installed to build the bridge, in addition to 13 decorative wingwall units and four headwalls. Road closure signs went out the morning of July 2nd, 2018 and the road reopened only 38 days later. 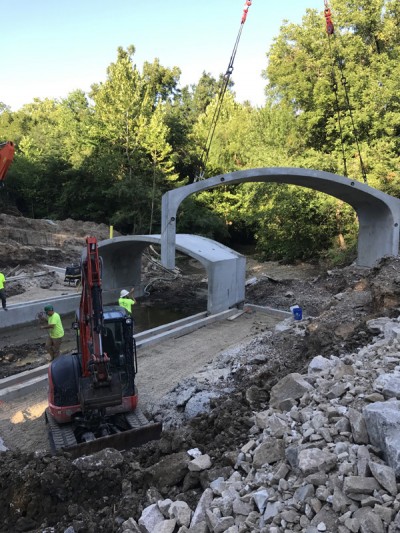 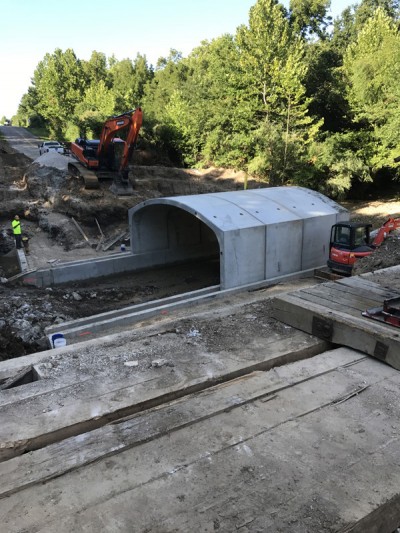 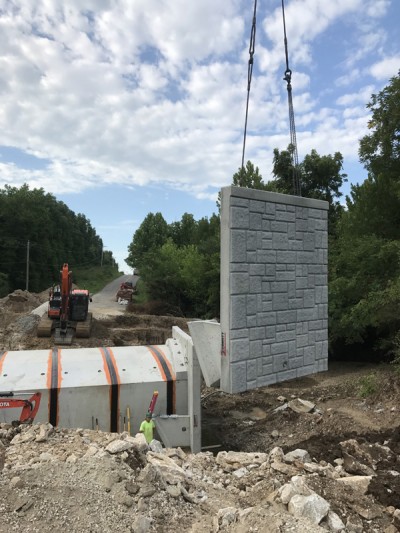 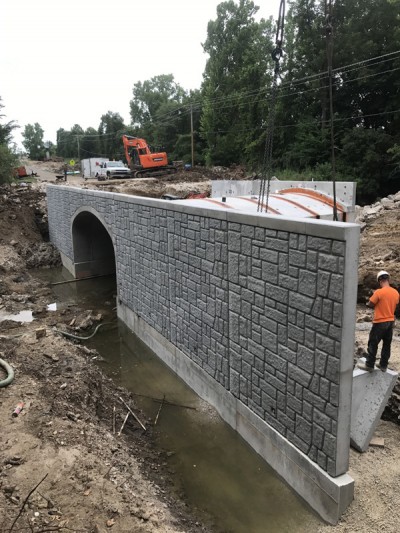 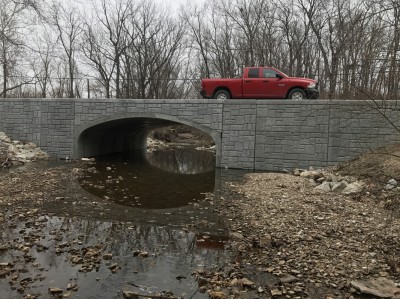 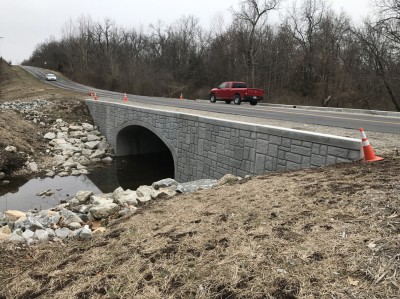