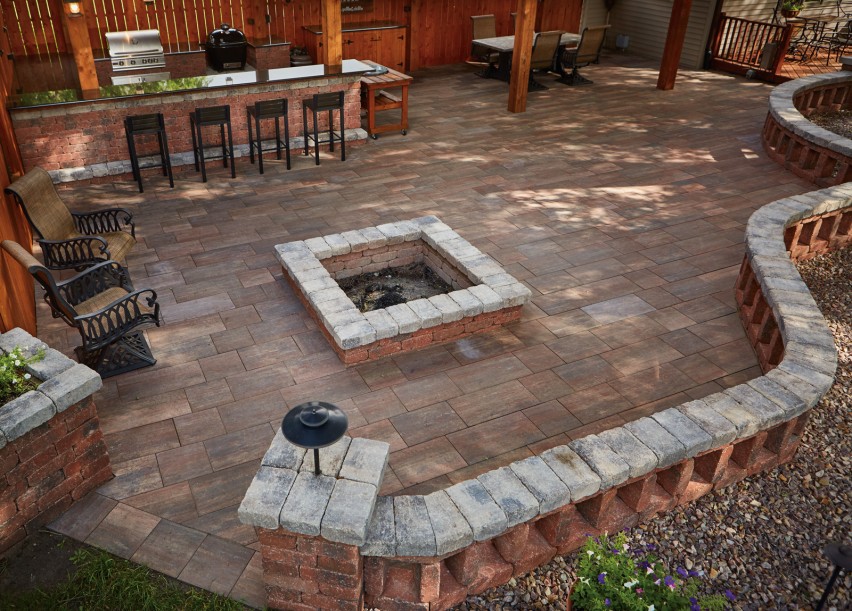 The goal of this project was to expand an already existing patio into an outdoor kitchen and living space. The homeowners wanted to tear out what they already had for hardscape in order to add a dining, grilling, and bar area, as well as a fire pit, seat walls and lighting.

The contractor and homeowner worked together to create a design that would incorporate several of the features that were already on site. It was a challenge to puzzle together a design that would still include past features but also include the many new elements the homeowner desired. The final plan called for a horseshoe shaped bar, constructed with Summit Stone® Landscape Units that allowed for the integration of an old cabinet system along with two additional sets of new double door cabinets, a grill and a smoker.

Plans for the project were completed a year before installation began. After removing the old material, the contractor realized that much of it was still in good condition. Some existing hardscape materials were reinstalled behind the fence for a landing area and walkway. Once the original materials were removed the contractor began working on the base, which required extra attention to prevent tree roots from damaging the patio. A separate builder came in to construct a roof over the bar area.

The contractor installed all the kitchen features first, then laid Grand Milestone Pavers. The seat wall, pillars and fireplace were all built utilizing the same Summit Stone® Landscape Units in Solace color used in creating the bar, which tied the whole project together into one cohesive retreat. The Summit Stone was selected in the Solace deep red color for its warm feel and were accented with a gray Timeless color unit. Before laying the pavers, the contractor installed wiring throughout the project for lighting located on top of the pillars, under the roof area, and also to power several outlets throughout the project. Lastly, the pavers were laid in a running bond pattern. The pavers were selected in the blended Serenity color that matched the warm feel of the Summit Stone throughout the project.

Planning ahead on this project helped keep the installation time short. The contractor arrived to the property in early June 2017 and was done just a week later, leaving the homeowners with a full outdoor living area to enjoy for the rest of the summer. 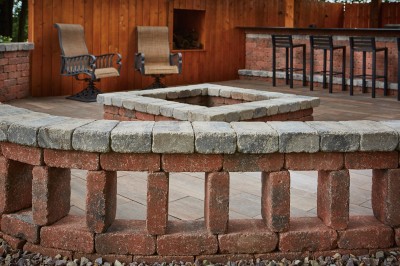 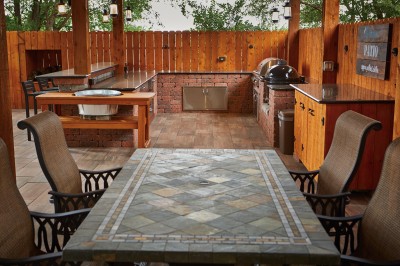 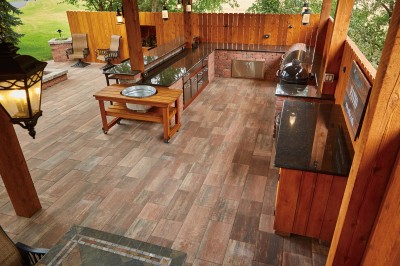 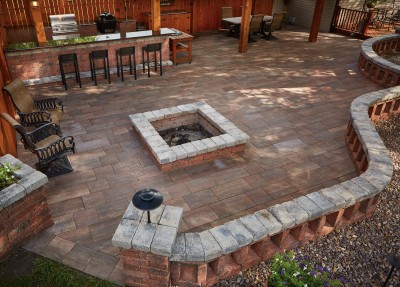 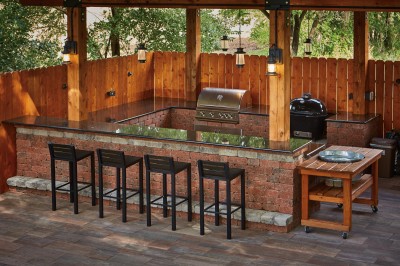 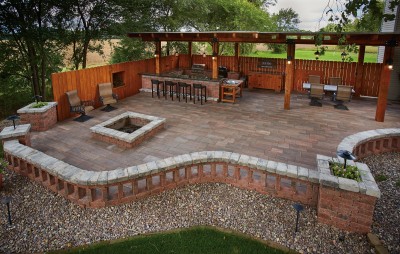 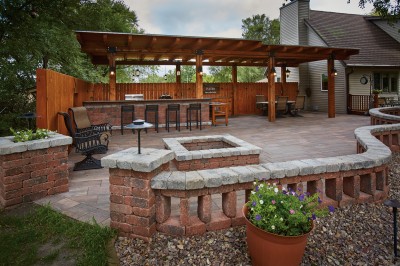 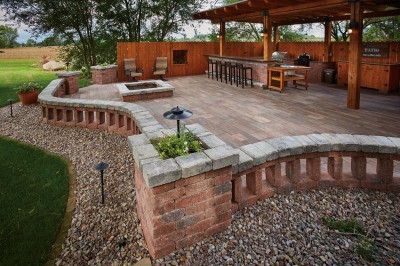 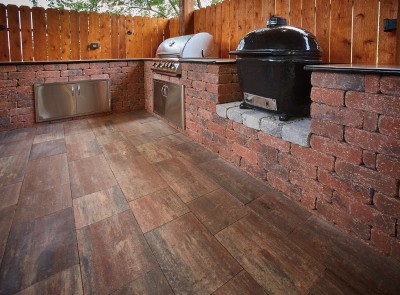 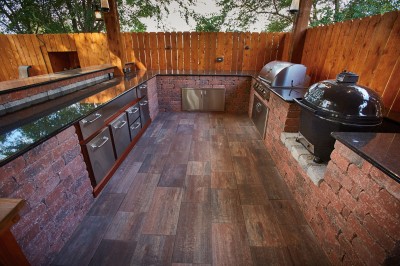